MEMBER SIGN IN
Learn Everything You Need To Know To Play Great Sounding Blues, Folk & Roots Guitar.
Join The Community Of Likeminded Players Inside Today With The No Risk 14 Day Free Trial...
MAKE 2023 THE YEAR YOU MASTER THE BLUES...
Yes! TAKE THE 14 DAY FREE TRIAL >>
Here's what our students say...
Mary - blues lover!
John & Kim - blues / folk guitarists
Tabea - folk / pop / country fan!
As well as 6 live lessons per month on all things blues, folk, roots and acoustic guitar, you also get access to the lesson vault.
It's packed with video courses, classic song lessons, technique lessons and more. Everything you need to learn great Acoustic guitar in the comfort of your own home!
Lessons and courses include guitar tabs synched to the video so you can see what fret to play, which fingers to use and how it should sound. Lessons come with downloadable PDF music and lesson sheets to further supplement your learning. 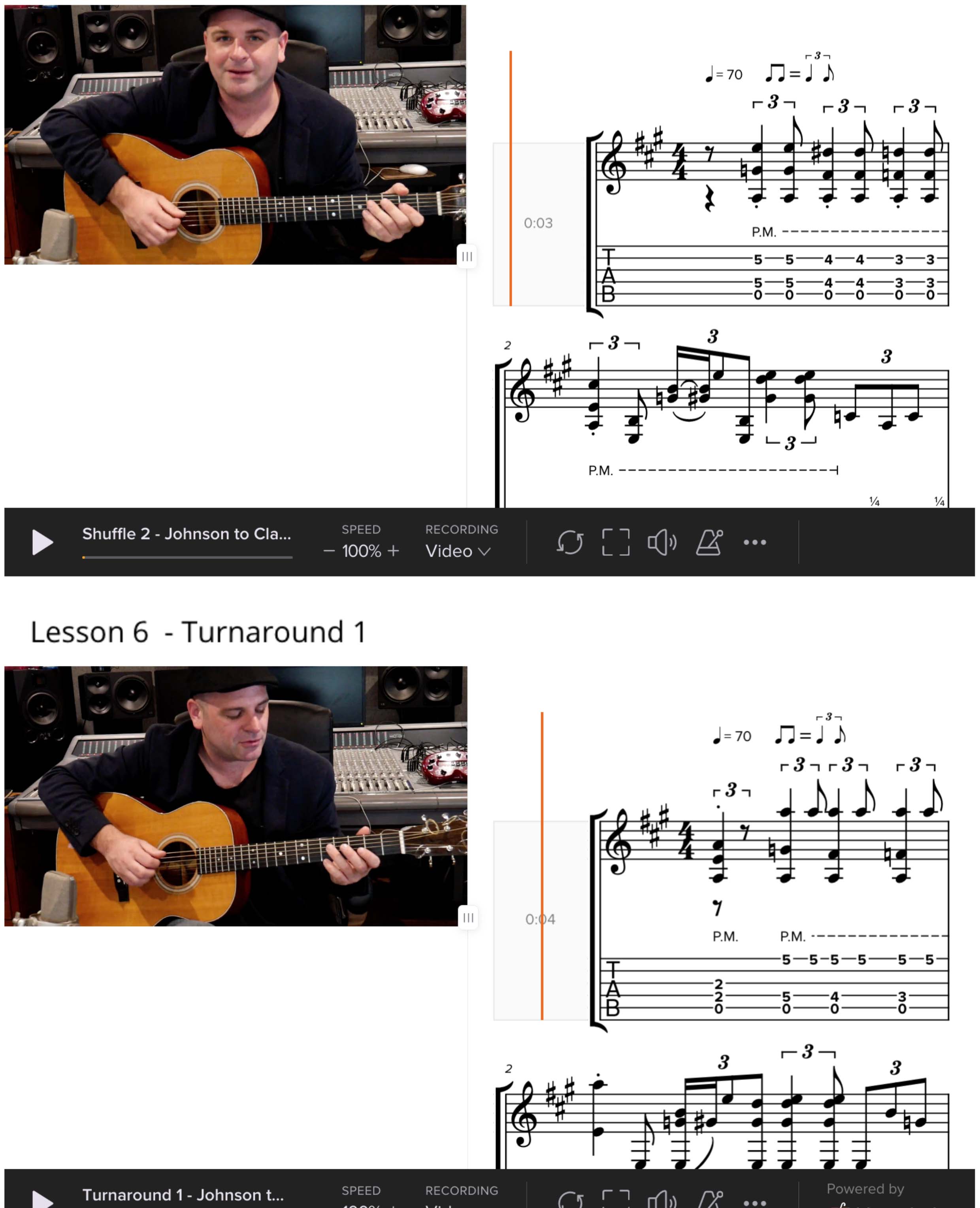 You can get 14 day's FULL ACCESS with the 14 day no risk free trial - I want to make sure we are a good fit for each other and make sure you are happy with this style of learning. So many students love it and have moved on massively as guitar players within months of joining.
If you've enjoyed my bite size lessons on facebook and youtube, it's very likely you will love it too and find this site incredibly useful.
If you join up and don't feel this type of acoustic blues, folk and roots guitar tuition is right for you, you won't pay a thing!
After the 14 day trial, if you want to stay and learn with me, it's just $27 per month (about £20 / €21*). Less than half the price of a single lesson from a local teacher but worth soooo much more. There are no contracts, you can cancel anytime by sending an email to our support.
( * Although the check out is in US $, you are always billed in your local currency wherever you are in the world. There is no extra fee for this, we partner with stripe and paypal for secure online payments).
So... There's nothing to lose and so much to gain if you're ready to take your guitar to the next level. I'm here to help you get focused, teach you some great guitar and to help you achieve your playing goals.
Take the free trial and i'll be in touch right away to get you set up!...
Thanks,
Chris Quinn
Yes! TAKE THE 14 DAY FREE TRIAL >>
You'll gain 2 weeks immediate free access to 100's of hours of studio filmed song lessons, technique lessons and full courses to get you playing great sounding guitar. Courses in the vault include... 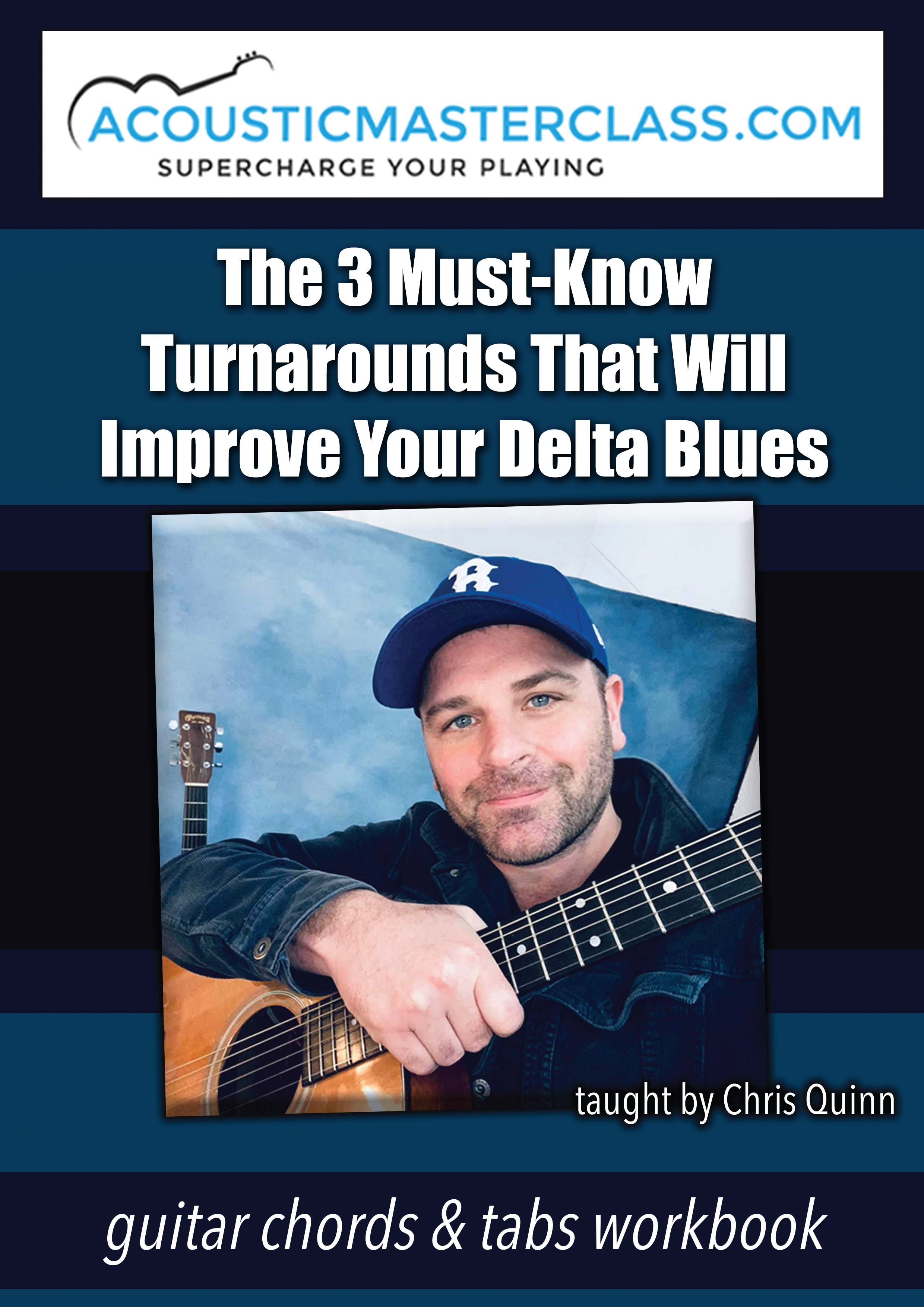 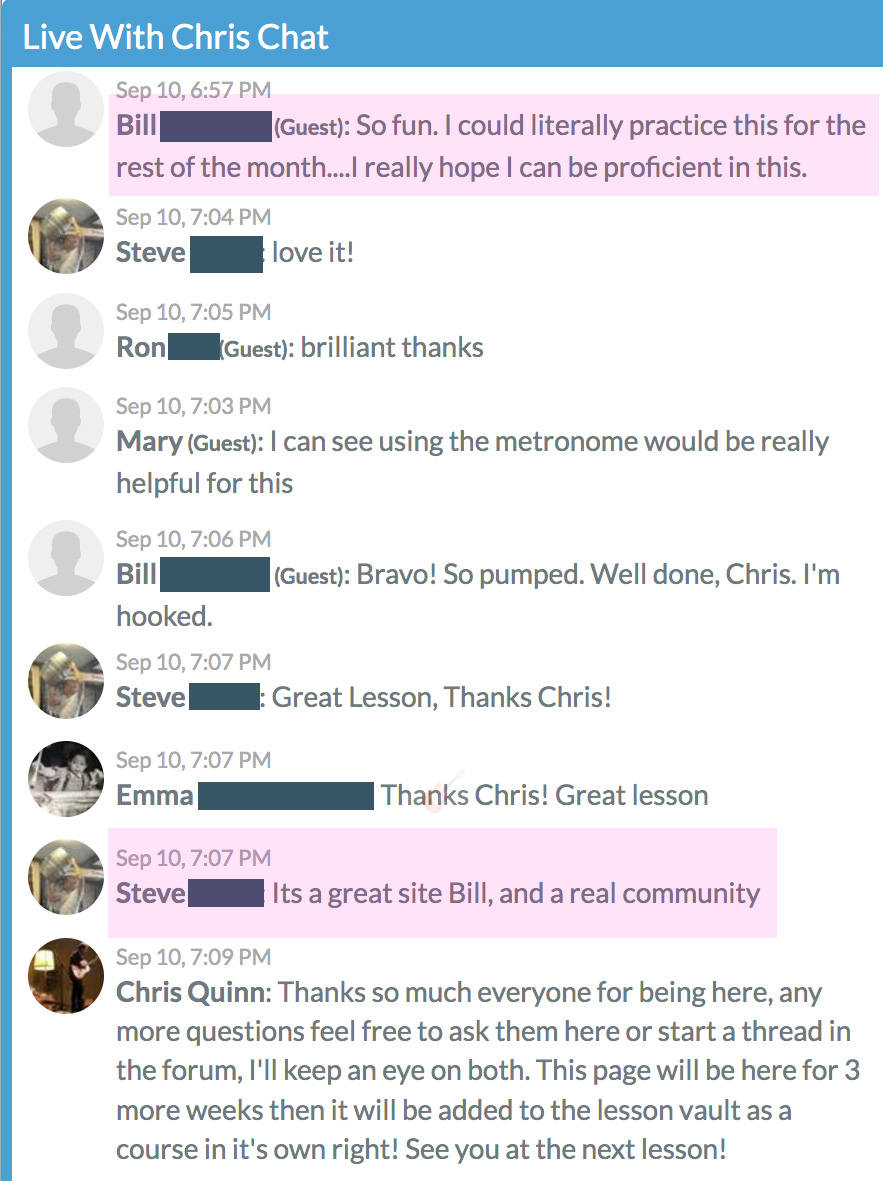 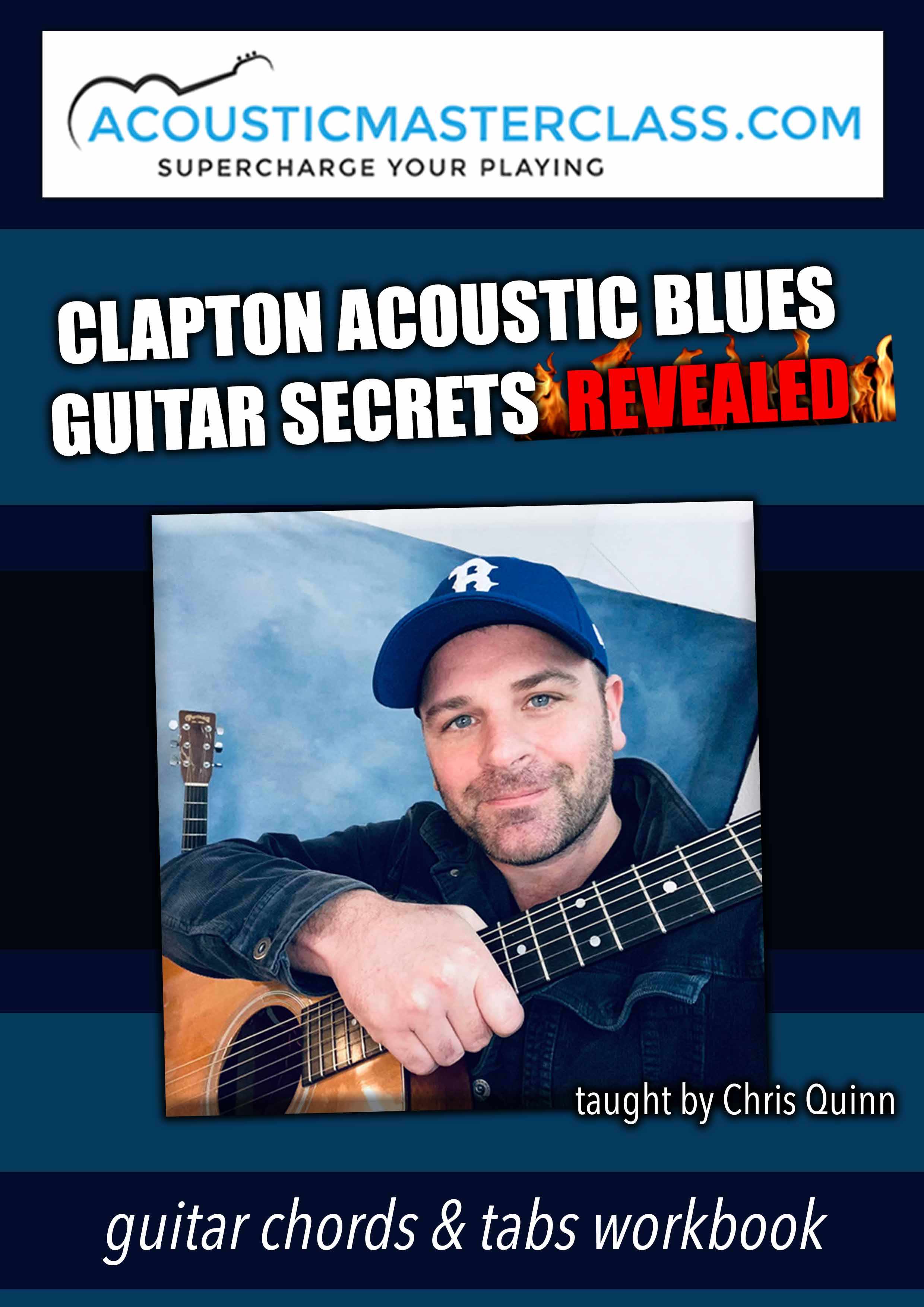 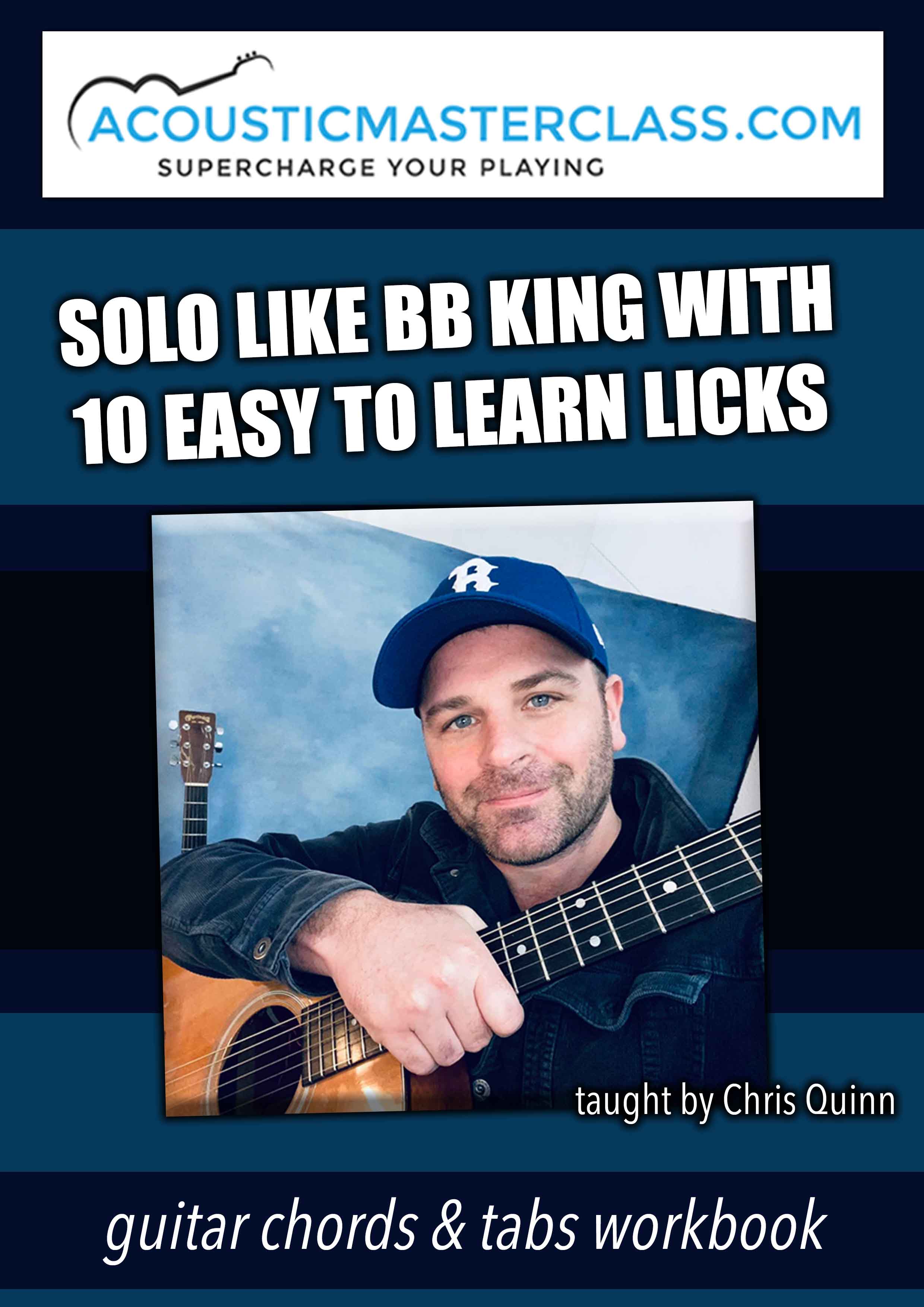 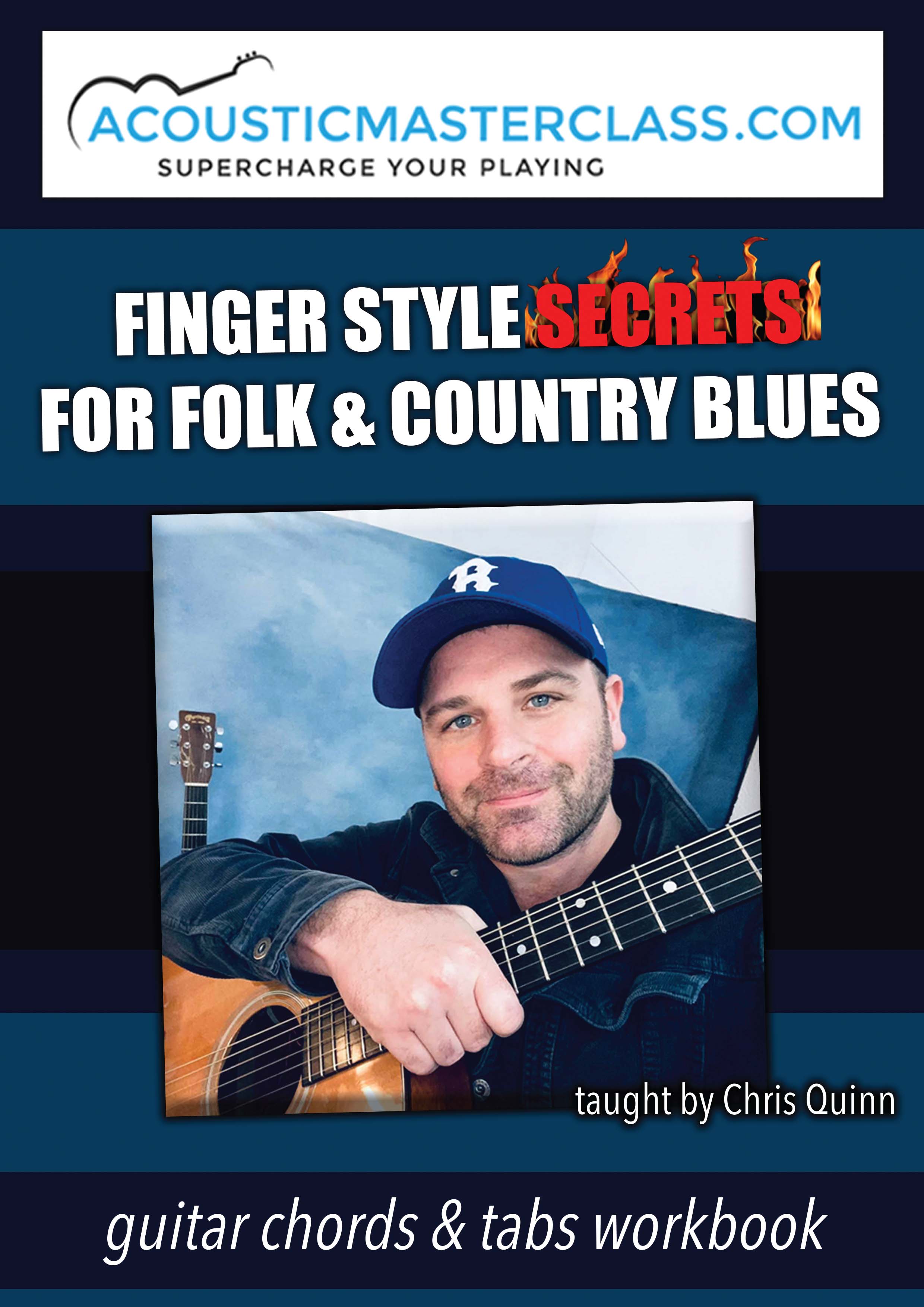 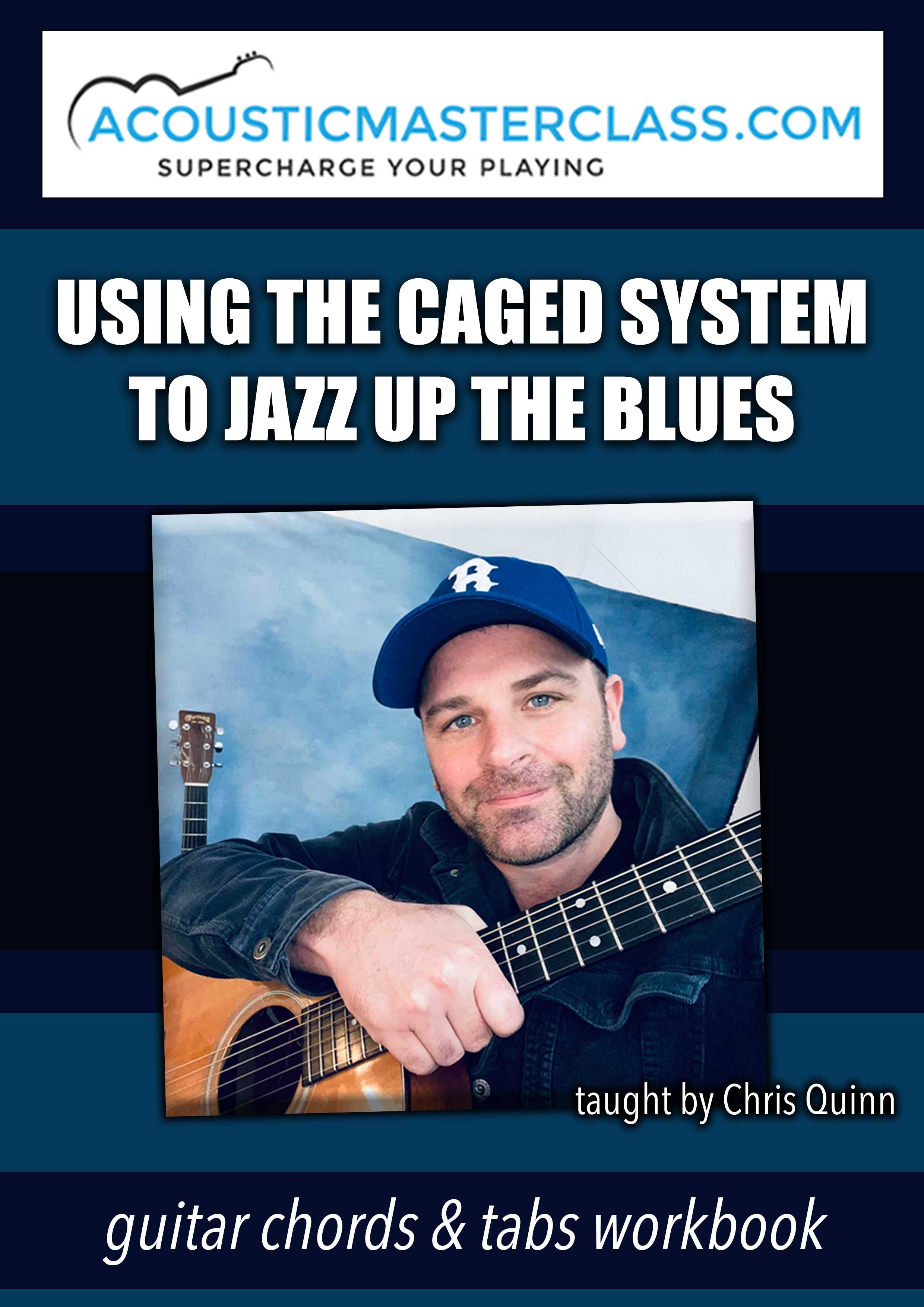 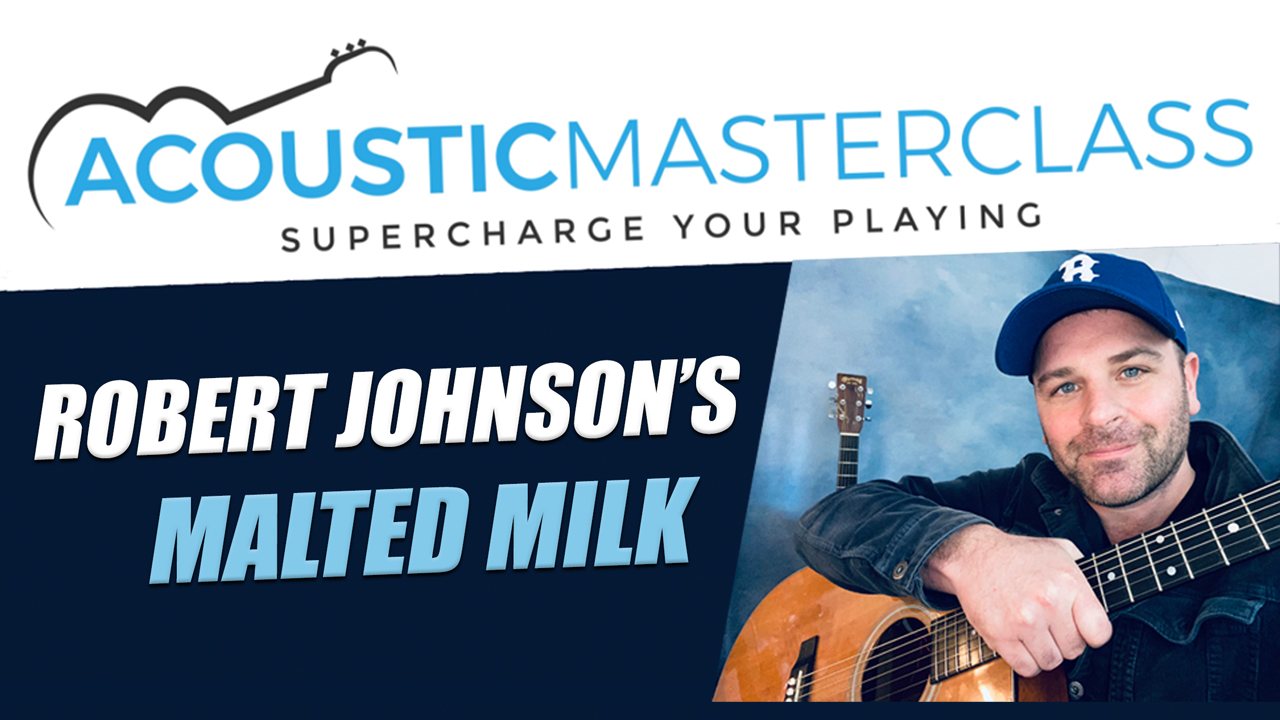 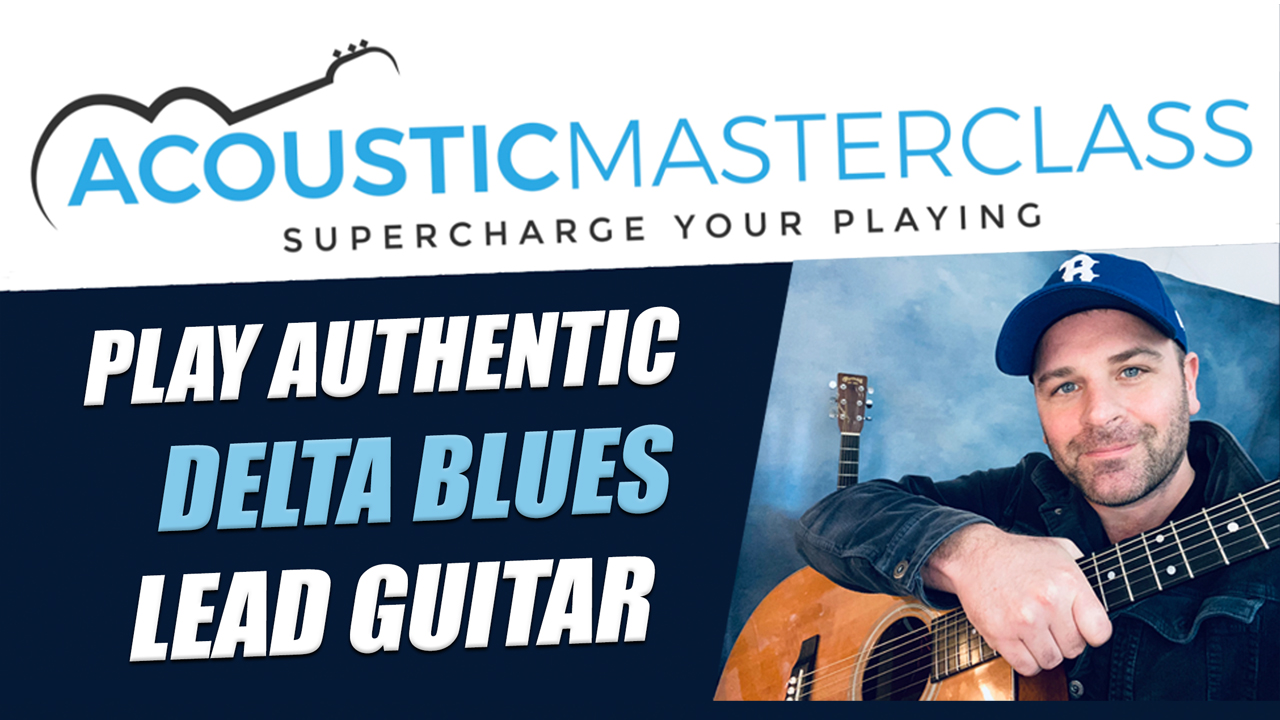 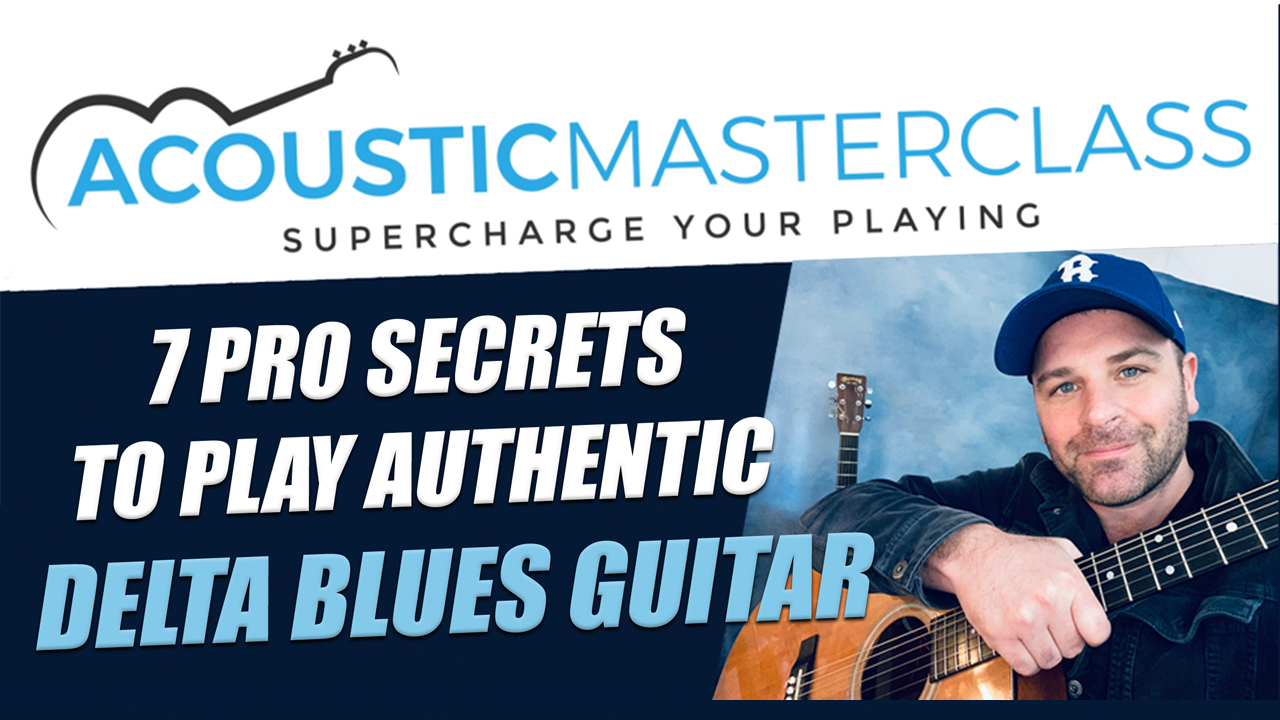 Get your 14 day free pass while it's still on offer! When you sign up, I'll personally be in contact with you within 24 hours to welcome you to the community.

I'll let you know about the live events, the current online lesson schedule and any competitions and challenges happening inside in the coming weeks and months.

The "Song Of The Month Challenge" is very popular among site members as it gives you the focus and direction needed to steadily improve in all aspects as a guitarist.

It's a great way to make constant progress, build your song repertoire, solidify your understanding of music theory and improve your all round guitar technique.

Membership provides the discipline and approach often seen in the pro guitar world and is guaranteed to get you playing cool new blues, folk and classic acoustic songs in full, from start to finish.  Most importantly, it's a whole lot of fun!

I can't wait to help you progress on your musical journey wherever you are right now... See you on the inside!

Chris's solo performances have been described by fellow musicians as "a masterclass in acoustic guitar", his songs have been critically acclaimed in publications such as Acoustic Magazine and SONGLiNES and his recordings have received airplay on radio stations across the world including Mark Radcliffe's benchmark show the BBC Radio 2 Folk Show.

As a teacher Chris has taught in most professional settings, from schools to music colleges and universities. Currently he gives live residential retreats and workshop weekends on blues, folk, jazz and acoustic guitar throughout the year.

Chris also teaches at the IGF Summer School in Bath, England as the acoustic course teacher. This is set up by the editors of Guitarist and Guitar Techniques Magazine.

Nowadays Chris does most of his teaching via this site. It's an incredible place for guitarists wanting to improve fast, get real personal coaching and get in tap access to the learning resources. Amazingly because of the technology it's possible at the fraction of the cost of a 1/2/1 but has far more value to the discerning student.

Away from tuition when performing live Chris' solo gigs often cover most things that sit within the genre's of folk, blues and roots music.

When not playing alone Chris is often seen performing alongside many of the planet's most celebrated guitarists such as Robin Nolan, Clive Carroll, John Doyle, Martin Taylor, Paulus Schäfer and Stochelo Rosenberg. 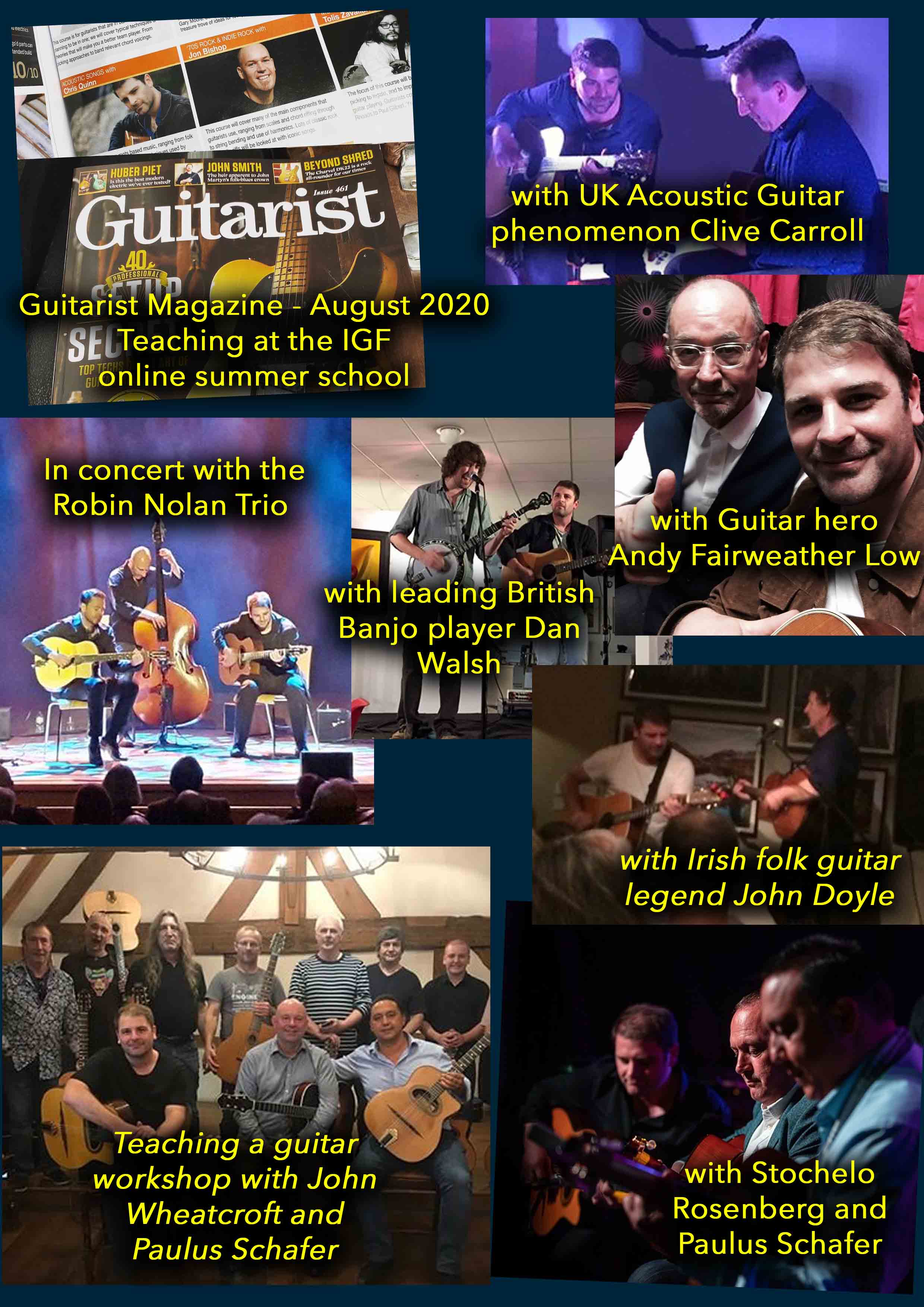